Brief History Ukraine is a country located in eastern Europe. it is the second largest on the continent after Russia. The capital of Ukraine is Kyiv (Kiev). Higher Educational Grading… Read more »

Germany’s brief History Germany which is officially the Federal Republic of Germany is a country in Central Europe and its nation’s capital and largest city is Berlin, it is situated… Read more »

The primary purpose of the Self credential evaluation is to vet your foreign credentials, Know the equivalence, and compare them to Nigeria’s education standard. This will help employers, professional bodies,… Read more » 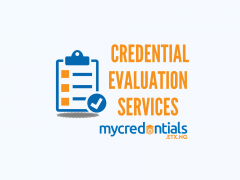 Comparing Your Foreign Degree to Nigerian’s Educational Standard With ETX-NG, you can verify the authenticity and evaluate the equivalence of your internationally achieved academic or foreign credentials. It also provides… Read more »

Cyprus is officially called the Republic of Cyprus, it is an island nation in the eastern Mediterranean Sea and is the third-largest and third most populous island in the Mediterranean… Read more »

The United States of America (USA), commonly known as the United States (U.S. or US), or America, is a country primarily located in North America. According to Wikipedia,  it is the world’s third- or fourth-largest country by… Read more »

South Africa is a country located at the southernmost tip of the African continent, known for its Cultural heritage; Natural beauty and its diversity in culture. South African universities rank as… Read more »

Do you have a foreign credential from anywhere in the world? Do you plan to Migrate to or further your education in any African country? Credential evaluation is important to… Read more »

India is a country in South Asia. It is the second-most populous country, the seventh-largest country by land area, and the most populous democracy in the world. India has some… Read more »