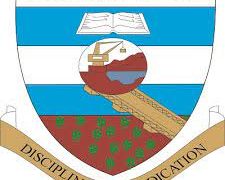 Some students of the university have been killed and others injured in the current insecurity that has bedevilled Jos since the killing of over 20 travellers last week. Following the… Read more » Ogun has evacuated indigenes of the State who are students of the University of Jos(UNIJOS) over the threat of insecurity in Jos, Plateau State capital. The killing of over 22… Read more »

The National Council of Women Societies (NCWS), Plateau State chapter, has intensified campaign for the emergence of a woman from the ongoing Vice Chancellorship race at the University of Jos… Read more »

The management of the University of Jos (UNIJOS) has announced the resume date and registration deadline for Pre-Degree/Remedial Program for the second semester, 2020/2021 academic session. Registration Deadline for UNIJOS… Read more » Prof. Seddi Sebastian Maimakom, the immediate past Vice Chancellor of the University of Jos, has advised management of the university’s Centre for Entrepreneurship Studies’ four newly equipped skill acquisition units to put the equipment to good use. Maimako, who gave the charge during the inauguration of the new equipment, stated that its proper use would increase the institution’s ranking among globally recognized universities. The equipment at the Photography and Videography Studio, Robotics and Smart Classroom, Tailoring and Fashion Design Unit, and Digital and Artificial Lab, according to a statement signed by Abdullahi Abdullahi, Deputy Registrar, Information and Publications, is the first of its type in Nigeria. He noted that the centre should be self-sustaining by encouraging the four units especially the Tailoring and Fashion Design Unit to liaise with the various departments that… Read more »

Due to security threats to the university, the management of the University of Jos has ordered the closure of all student hostels.  Mr Abdullahi Abdullahi, the university’s Deputy Registrar for Information and Publications, confirmed this in a statement to the News Agency of Nigeria (NAN) in Jos early on Saturday, adding that the hostels will remain closed until further notice. According to Abdullahi, the decision was made following an emergency meeting held on Friday, April 30 between the university’s management and other stakeholders, including heads of state security agencies, the institution’s chief security officer, students representatives, and others. According to the official, the meeting’s outcome suggested that the university had become a soft target for insecurity, resulting in the students’ decision to vacate the hostels “The meeting deliberated on a security report regarding threats to the University Staff, Students and properties. As a result of this, soft targets like the hostels… Read more »

Mr Abdullahi Abdullahi, the Deputy Registrar, Information and Publications of the university, disclosed this in a statement, on Thursday, in Jos. Abdullahi said part of the promotions took effect from… Read more »